Hi everyone. Great news! After some 2.5 years, Lily has returned to the bondage scene. Quite a pleasent surpise, I might add! As it turns out, it's actually been a while since Lily has done any bondage work, so she was a wee bit out of shape. Not a problem, as I gave her the proper reintroduction to the ropes, so that she might feel at home being tied once again.

As customary, Lily is tied in the introductory hogtie. After that, she's tied on the chair with her arms secured in a box tie behind her, and pinned to the chair's back. In the final scene, Lily is left on the floor zip tied, firstly just with her wrists and ancles secured. Ultimately, she's put into a hogtie with small zip tie loops securing her wrists to her ancles.

Lily is gagged throughout the session with a standard 2" ball gag, as well as a 2" harness ball gag.

Fetish pictures were also shot during this session. You can check these out by visiting the fetish section of the site: FF11. 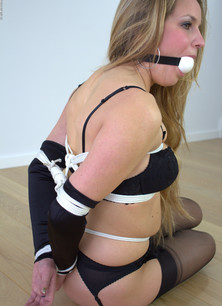 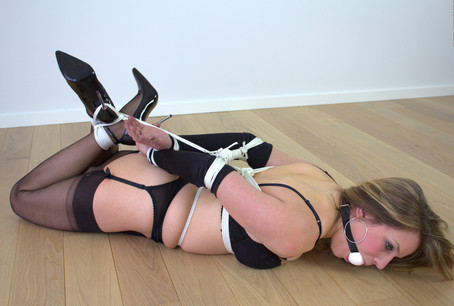 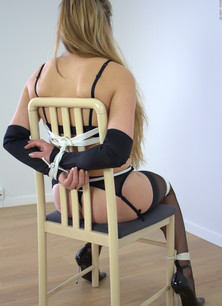 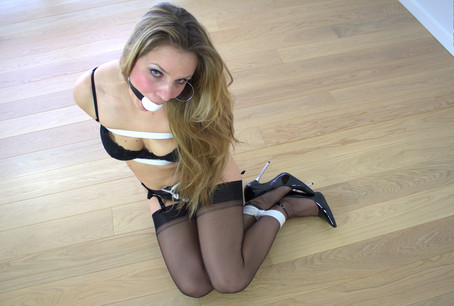 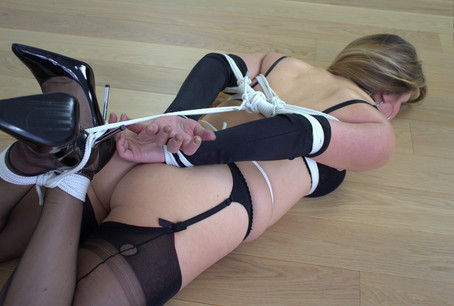 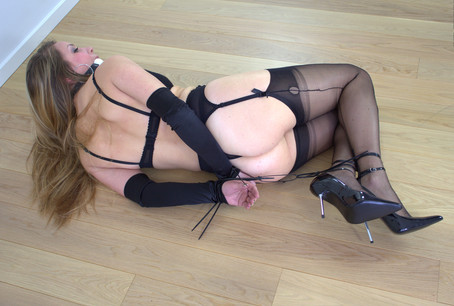 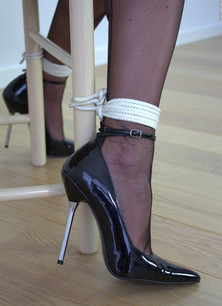